from the Private Teacher Index 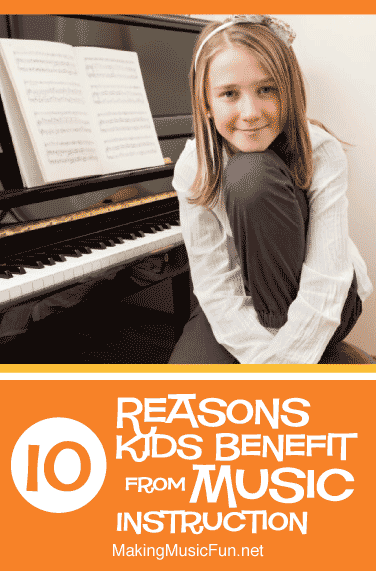 Want the parents of your music students and fellow teachers to respect and value the work you do?


Share these intriguing music education studies with them, and you and your program will achieve a new level of importance among the teaching staff at your school.


1) In a 1997 study of elementary students enrolled in an arts-based program, it was concluded that there was a definite correlation between students' rising math test scores and the length of time invested in arts education classes.


2) A study published in 2000 revealed that music students possessing the ability to perform complex rhythms also are able to make faster and more accurate corrections in many academic and physical circumstances.

6) In 1991, a study was conducted to measure what effect music study had on student perception of personal achievement. Students educated with arts-focused curriculum reported significantly better perceptions about their academic abilities than students enrolled in a non-arts focused curriculum.


7) In a study measuring the effects of music study on reading skill development, one group of elementary students was given musical training while the other group received training in discussion skills. After six months, the students receiving music instruction achieved a significant increase in reading test scores while the discussion skills group showed no change.

Sheila Douglas and Peter Willatts, Journal of Research in Reading, 1994.


8) Students who possess rhythmical skills have a tendency to plan, sequence, and coordinate actions better in their personal lives.


9) In 1999, Columbia University conducted a study measuring the effect of music study on student behavior. Students enrolled in arts-based classes were found to be more cooperative with teachers and peers, more self-confident, and better able to express their ideas no matter what their socioeconomic level.


10) In a study published in Newsweek magazine, researchers indicated that during the early developmental years children's brain neurons are being "wired". This provides a window of opportunity which must not be missed if children are to achieve their full potential. "Circuits in different regions of the brain mature at different times. As a result, different circuits are most sensitive to life's experiences at different ages. Give your children the experiences they need when they need it and anything's possible. Stumble and all bets are off."